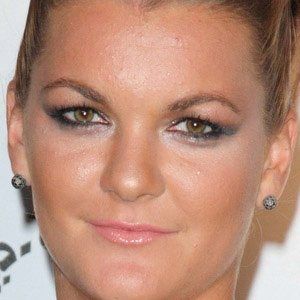 Polish tennis star who earned a #3 ranking in 2014. She reached the 2012 Wimbledon finals and the semi-finals of the 2014 Australian Open. In 2017, she withdrew from competition after severely injuring her foot.

She won the Wimbledon junior singles title and French Open junior championship as a teen.

She became the first Polish player to make it to the finals of a grand slam tournament.

She married Dawid Celt on July 22, 2017. Her younger sister, Urszula, followed in her footsteps as a professional tennis player.

She was defeated by Serena Williams in the 2012 Wimbledon final.

Agnieszka Radwanska Is A Member Of