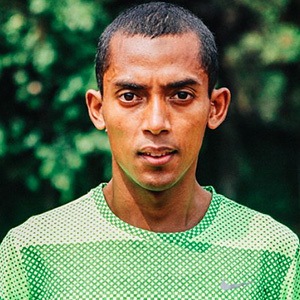 Indonesian runner known for his endurance and long distance racing. He is known for specializing in the 300, 5000, and 10,000 meter events as well as the half marathon, all of which he has held Indonesian national records for.

He first started earning recognition for his running while attending Pekan Olahraga dan Deni Elementary. He then moved to Salatiga where he joined his first running club.

He is also known for having been enlisted in the Indonesian military.

He was born and raised in Bogor, West Java to Prayitno and Supriyaningsih.

Agus Prayogo Is A Member Of