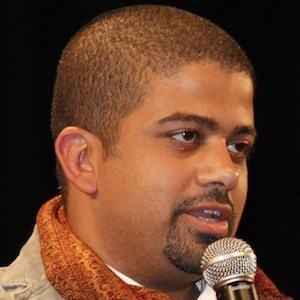 Egyptian director who received widespread praise for his directorial debut, the 2009 musical documentary Heliopolis, which is considered to have laid the groundwork for modern Egyptian independent cinema.

Before his film career, he was a music student specializing in viola. He began working as a film editor in the late '90's.

His 2010 film Microphone became the first Egyptian film ever to win The Golden Tanit award at the Carthage Film Festival.

It was his parents who pushed for him to pursue a career in music.

He directed Yosra El Lozy in the drama Microphone.

Ahmad Abdalla Is A Member Of