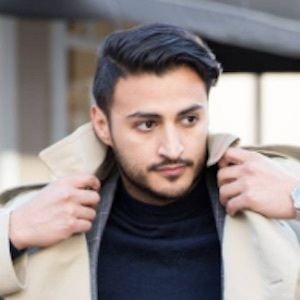 Otherwise known as one half of the Hybrids, he and his wife Ascia make up the fashionable blogging duo Hybrid in a Headpiece. The pair's style and social media success has also spawned The Hybrids YouTube channel for vlogs, tutorials, and other videos.

Outside of his work as a successful fashion blogger, he is also a mechanical engineer.

He and Ascia married in 2011. They have sons named Adam and Noah.

In March of 2016, he met Star Wars: The Force Awakens star John Boyega and posted a photo with him to Instagram.

Ahmad_ASB Is A Member Of