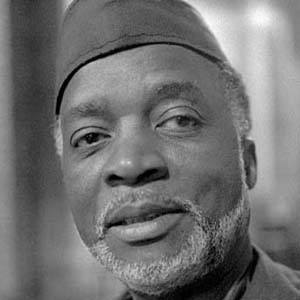 Renowned jazz artist who led small groups for decades and was pivotal in the post-1945 evolution of the genre.

He started playing around on the piano at age three and began his formal studies at seven.

His Live at the Pershing recording became one of his most popular albums.

His family was residing in Pittsburgh, Pennsylvania, when he was born. He graduated from George Westinghouse High School.

His impact on jazz, critics say, was second only to Charlie Parker.

Ahmad Jamal Is A Member Of