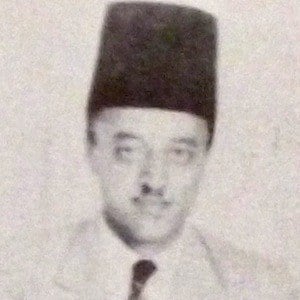 Arab politician and the first Chairman of the Palestine Liberation Organization, an office he served from 1964 to 1977. In his career he wrote over twenty books about Arab Unity.

He was born in the Ottoman Empire in what is now Lebanon and studied law in the British law college in Jerusalem.

He was the Saudi United Nations Ambassador from 1957 to 1962 after serving as assistant Secretary General for the Arab League from 1950 to 1956.

His mother was Turkish and his father was Arab.

He was a political ally of Yasser Arafat.

Ahmad Shukeiri Is A Member Of