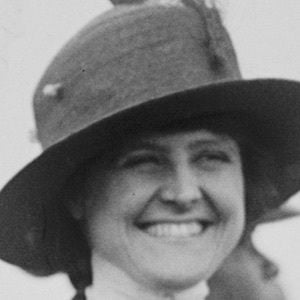 The first woman to fly solo in a powered balloon. Her historic flight, which took place in France, lasted just under two hours.

She convinced Alberto Santos-Dumont to allow her to pilot his dirigible, which he had named "IX."

She suffered from glaucoma and lost her vision in one eye. This event inspired her to establish a bank in which to store transplant-ready human corneas.

She and her seven brothers and sisters were the children of a businessman father of Cuban heritage and an affluent Spanish mother. She was married and divorced twice, and she gave birth to a son and a daughter.

She was nominated by New York City mayor Fiorello La Guardia to serve as the city's Municipal Art Committee chairperson.

Aida De Acosta Is A Member Of