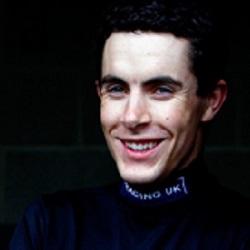 Tallied 97 winners in the 2013-2014 season and multiple high-profile victories in 2014-2015, including the Coral Welsh Grand National on Emperor's Choice. He started to become one of the rising stars in the sport from the age of 19, signing with Racing UK at the start of the 2009-10 season.

He showed his natural riding ability during his teenage years, being surrounded by horses as he grew up. He moved to the UK in 2007 and began to make his mark on the sport in the 2007-2008 season.

When he was 19, he became one of the youngest jockeys to ever ride in the Grand National.

He was born and raised in Cork, Ireland into a non-racing family. He followed in the footsteps of his older brother Kevin who had won the 2007 Galway Plate, into race-riding in 2007.

He is an Irish horse jockey like Ruby Walsh.

Aidan Coleman Is A Member Of