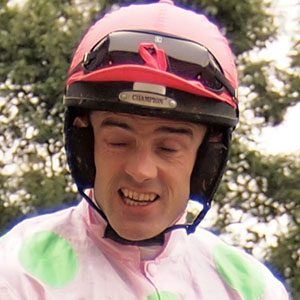 Irish horse jockey who has ridden over 1900 winners during his career and won the English Grand National in 2000.

His father was a horse jockey as well so he grew up at the race track.

He had emergency surgery to remove his spleen after a fall in 2008, but returned to racing in less than a month.

He married Gillian Walsh in 2006. His father Ted Walsh is a legendary jockey.

He is an Irish jockey following in the footsteps of his father and the legendary Tony McCoy.

Ruby Walsh Is A Member Of