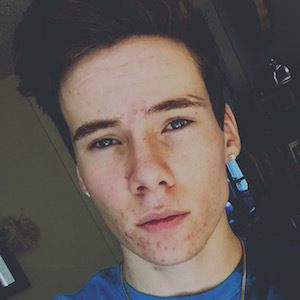 YouTuber who was best known for posting challenge videos and vlogs to his channel Aidens Life.

His Aidens Life YouTube channel earned over 100,000 subscribers before it was terminated.

He grew up in Redmond, Oregon before moving to Portland. He has four brothers and two sisters. His mother remarried in 2012 and his father married his stepmother in 2014.

He is friends with fellow YouTuber Moe Othman.

Aiden Todd Is A Member Of