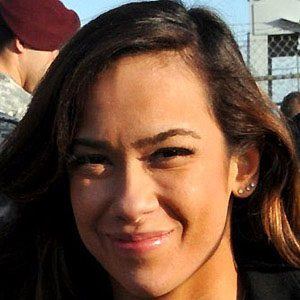 Former wrestler who won her first WWE Divas Championship in June 2013. After her wrestling career, she became a New York Times Best Selling author as well as a social media phenomenon with over 1 million Instagram followers.

She grew up in motels and friends' houses, and decided to become a professional wrestler at the age of twelve.

She had a three month run as Raw General Manager from August 2012 to October 2012.

Her real name is AJ Mendez Brooks. She was born the youngest of three into a family of poverty. She previously dated her trainer Jay Lethal as well as WWE champ Dolph Ziggler. She married fellow wrestler CM Punk in 2014.

She had an on-screen affair with John Cena.

AJ Lee Is A Member Of