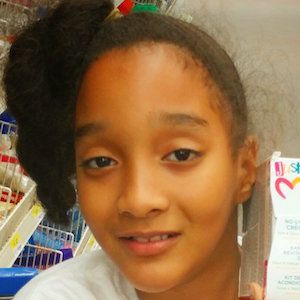 Known for her roles in the films Bad Apple, The List, and Insurgent, this child actress is also notable for her modeling work.

Born prematurely and weighing just three pounds, she had a rough first few months of life.

Born in Albany, Georgia, to a family of African American and Korean heritage, she later lived and worked in Atlanta.

She was cast in a small role in the 2015 Samuel L. Jackson and John Cusack feature Cell.

Aja Wooldridge Is A Member Of