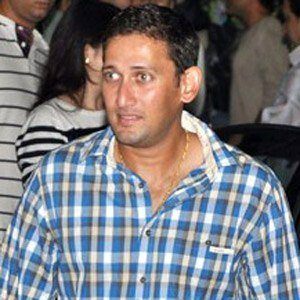 All-rounder who has represented India in over 200 international matches, has played for the Kolkata Knight Riders and Delhi Daredevils in domestic play.

He was raised by his grandparents at Shivaji Park, from which many great Indian cricketers have come.

He broke the world record for the fastest 50 wickets in One Day Internationals (23 matches).

He has a son named Raj.

He was once touted as being India's best fast bowling all-rounder since Kapil Dev.

Ajit Agarkar Is A Member Of