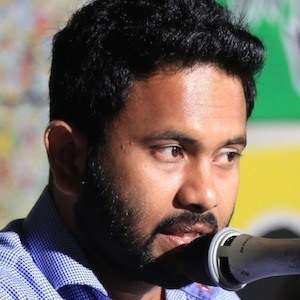 After receiving a degree in engineering, he spent time working for HSBC. He made his film debut in the 2010 movie Malarvadi Arts Club.

He won half a dozen awards, including Best Comedian, in 2015.

He married Augustina Maunu in 2013 and has a sister named Anju.

He and Fahadh Faasil both appeared in Mariyam Mukku.

Aju Varghese Is A Member Of