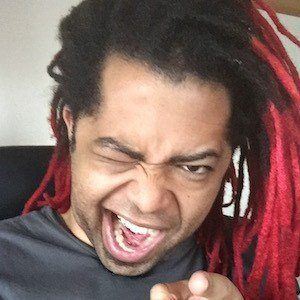 Self-proclaimed "Prince of Reactors" YouTube personality who primarily publishes reaction videos to movie trailer releases. He does also commentary on pop culture from television and social media for his 200,000 subscribers.

He first registered for his YouTube channel in April of 2006. His first post was a live video from a September 2006 Video Games Live conference.

He is known for his trademark red dreadlocks.

He moved to Japan, but is originally from the United States.

One of his most watched videos is a reaction to the Epic Rap Battle between Jim Henson and Stan Lee.

Akasan Is A Member Of