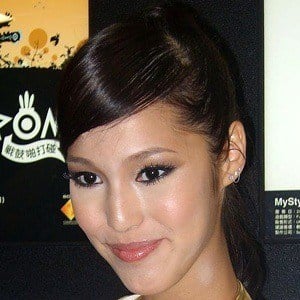 Model who appeared in Playboy magazine in the Philippines in November 2009. She was ranked the seventh sexiest woman in Taiwan by FHM Taiwan in 2007. She has over 50,000 followers on her akemibkatsuki Instagram account.

She started modeling at the age of 15.

She has also appeared on the cover of Esquire and Cosmopolitan in the Philippines.

She is of Japanese-Brazilian descent and grew up in Tokyo.

Juliana Minato is another model of Japanese and Brazilian descent.

Akemi Katsuki Is A Member Of