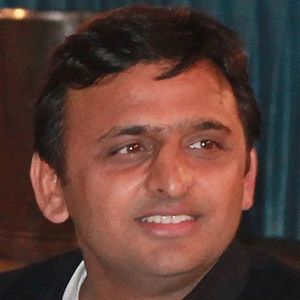 Indian career politician who became the President of the Samajwadi Party in 2017. Previously, he was the youngest person ever to assume the office of Chief Minister of Uttar Pradesh at the age of 38.

He earned his master's degree in environmental engineering from the University of Sydney.

He joined the Uttar Pradesh Legislative Council in 2012.

He's a well-renowned politician from India like Lal Bahadur Shastri and Sarvepalli Radhakrishnan.

Akhilesh Yadav Is A Member Of