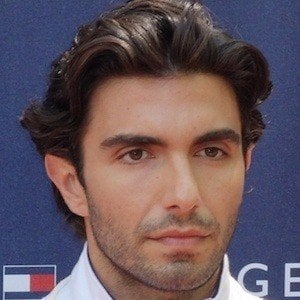 He grew up training to be a professional tennis player at the IMG Academy, but was forced to shelve those dreams after herniating two discs in his back.

After intensive physical therapy, he was able to attend Florida Atlantic University on a tennis scholarship and studied graphic design and sports medicine.

He was born in the US, but grew up in Izmir, Turkey. He's said that his mother and sister pushed him into modeling.

As part of a promotion for Tommy Hilfiger in 2015, he and Rafael Nadal played a game of "strip tennis."

Akin Akman Is A Member Of