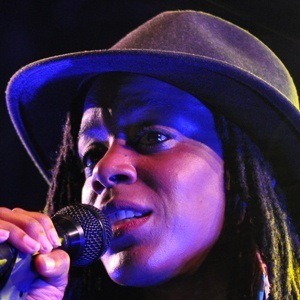 American rapper and spoken word artist who has become known for incorporating elements of jazz and traditional African music into her songs. Her critically-acclaimed debut album, The Journey Aflame, was released in 2011.

She was raised in New Haven, Connecticut. She began performing alongside her uncle at backyard parties in her neighborhood at age nine.

She has served as an Artist in Residence at Fordham University.

She is the oldest of three siblings. Her real name is LaTanya Olatunji.

She collaborated with rapper Rah Digga on the song "As the World Turns."

Akua Naru Is A Member Of