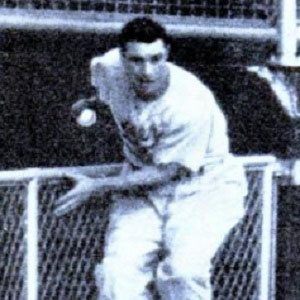 Left-handed hitting outfielder who played four years in the major leagues; his best year came in 1945 when he hit .284 with nine triples.

Prior to joining the Pittsburgh Pirates in 1944, he played for the Oil City Oilers.

He was a lifetime .266 hitter in the big leagues.

He grew up in Dysart, Pennsylvania.

He made an outstanding catch to rob Joe DiMaggio of a hit in the 1947 World Series, resulting in the famous image of DiMaggio kicking the dirt in disappointment.

Al Gionfriddo Is A Member Of