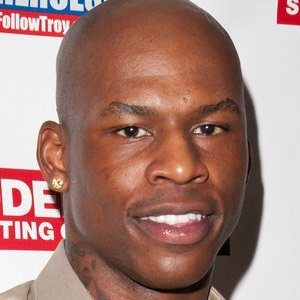 Journeyman NBA forward and center known for his outside shooting; began his career in 1998.

He was drafted by the Indiana Pacers straight out of St. Patrick High School in Elizabeth, New Jersey and spent six years with the team coming off the bench.

He finished 2003-04 with the Pacers averaging 13 points and 6 rebounds per game, coming in second in the NBA's Sixth Man of the Year voting.

He grew up in Orange, New Jersey.

He was involved in a trade with Stephen Jackson twice: they were traded for each other in 2004 and then they were packaged together and traded to the Golden State Warriors in January, 2007.

Al Harrington Is A Member Of