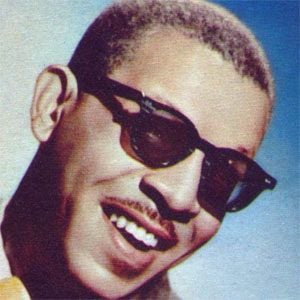 Remembered for his work with jazz musician Duke Ellington, as well as for such solo hits as "He" and "Danny Boy," this pop and R&B singer was also a prominent civil rights activist of the 1960s.

After studying at the Arkansas School for the Blind, he won a Tennessee talent competition and subsequently began performing with Memphis bandleader Dub Jenkins. He joined Duke Ellington's orchestra in 1943 and remained with the group until 1951.

His 1955 recording of "Unchained Melody" (a song that was covered and immortalized by the Righteous Brothers a decade later) rose to #1 and #3 positions on, respectively, United States R&B and pop charts and was also #2 on British music charts.

A native of Tyro, Mississippi, he spent the later years of his childhood in Little Rock, Arkansas. He died in Chicago, Illinois, at the age of eighty-five.

He performed at the funeral of the renowned jazz trumpeter and singer Louis Armstrong.

Al Hibbler Is A Member Of