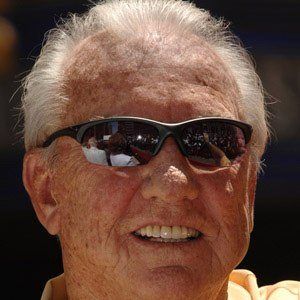 18-time MLB All-Star who played all 22 seasons of his big-league career with the Detroit Tigers, leading the team to a World Series Championship in 1968. He won the 1955 American League batting title and retired with a career .297 average, 3,007 hits and 399 home runs.

After being a high school baseball star, he jumped straight to the majors with a hefty signing bonus.

His #6 was retired by the Tigers and he was inducted into the Baseball Hall of Fame in 1980.

He had two children with his wife Louise whom he married in October 1954.

He and Ty Cobb are widely considered two of the all-time greatest players in Detroit Tigers history.

Al Kaline Is A Member Of