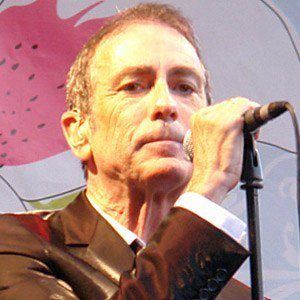 Known for such albums as Elles & Lui, Neuf, and Le Plaisir, this French-born vocalist also had a career as a songwriter, composing several pieces for French films. Also an actor, he appeared in a 2001 movie titled Men/Toys/Girl.

Shortly after beginning his music career, he recorded what became his most famous song: "Manureva."

Beginning in 2004, he served on the board of the French Société des Auteurs, Compositeurs et Editeurs de Musique (SACEM).

Born Alain Le Govic, he grew up in northwestern France.

Early in his career, he was mentored by the French musician and actor Jacques Dutronc.

Alain Chamfort Is A Member Of