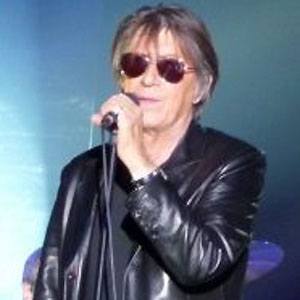 French singer, guitarist, and actor who played the role of Bertrand Lannie in the film Summer Things alongside Charlotte Rampling.

He portrayed Van Gogh in a film by the same name, directed by Maurice Pialat.

He had a son with his wife Francoise Hardy, who he married in 1981.

He played the role of Paul in the film Slow Motion, directed by Jean Luc Godard.

Jacques Dutronc Is A Member Of