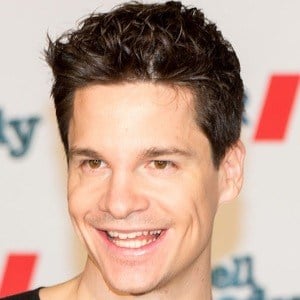 Stand-up comedian who has won acclaim for his material dealing with the customs and peculiarities of Swiss culture. He has performed on television shows like StandUpMigrants and been a member of the successful comedy troupe RebellComedy.

He lived in Canton of Solothurn, Switzerland before moving to Germany in 2004.

He has placed first at many comedy contests, including Comedy Slam Birkenfeld 2013 and the 2015 NDR Comedy Contest.

He frequently posts photos with his nephews on Instagram.

He has performed alongside Enissa Amani as a member of RebellComedy.

Alain Frei Is A Member Of