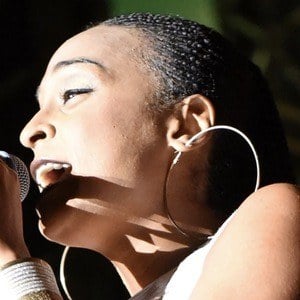 Former investment banker for JP Morgan and Chase whose music career was launched by the release of her 2005 single "No Ordinary Love." She proceeded to released the albums Sacrifice, Luv a Dub, Ten of Hearts.

She moved to Jamaica at a young age, where her proclivity for performing landed her a role in the 1988 movie Clara's Heart.

While working as a banker, she also worked as a songwriter for various Rocafella artists. It was actually a promotion at JP Morgan that convinced her she needed to return to Jamaica and focus on music.

She was born to Merna and Courtney Laughton in New Jersey, but grew up in Jamaica.

She collaborated with Tarrus Riley on the song "Forever More."

Alaine Laughton Is A Member Of