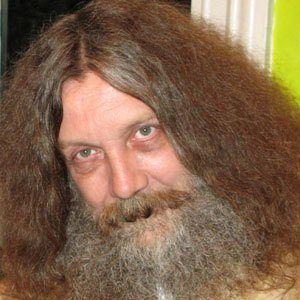 Graphic novel writer and artist whose best-known works include Watchmen and V for Vendetta. His work on DC Comics' Swamp Thing gave the character depth and dimension. He founded America's Best Comics in the 1990s.

He was an artist for DC Comics early in his career, but he later abandoned mainstream comic book work. His time with DC produced such classics as Whatever Happened to the Man of Tomorrow? and Batman: The Killing Joke, which effectively ended the crimefighting career of Barbara Gordon, a.k.a. Batgirl.

His graphic novels inspired films such as 2001's From Hell, 2003's The League of Extraordinary Gentlemen, and 2005's V for Vendetta.

He and his first wife, Phyllis, had two daughters, Leah and Amber. He and Phyllis shared a lover named Deborah. Their relationship ended in the 1990s when both women left him. He married his second wife and frequent collaborator, Melinda Gebbie, in 2007.

His Watchmen character Edward Blake was played by Jeffrey Morgan in the 2009 film.

Alan Moore Is A Member Of