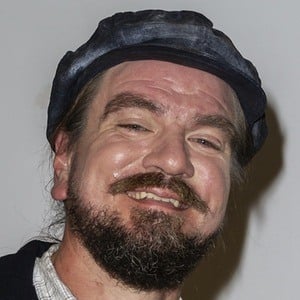 Television and indie film actor, he has had several recurring roles in television shows, including Reggie LeDoux on HBO's True Detective and Agent Shaw on Marvel's Agents of S.H.I.E.L.D., and was a series regular as Chas Chandler on NBC's Constantine.

He grew up in Utah and developed his acting skills by participating in the Sundance Institutes workshops and labs as a stock actor. He thus participated in various Sundance films and was built his career in independent films.

Audiences often wonder about his height, as he obviously towers over his co-stars. He is six foot and six inches. For his role on Constantine, he was supposed to be the muscle of the operations, so he had to gain 15 pounds that he had lost to play the meth addict Reggie LeDoux on True Detective.

He grew up in Utah but relocated to Los Angeles when he decided to enter the world of television acting.

He was hailed for his work on HBO's True Detective season 1, where he starred opposite Matthew McConaughey and Woody Harrelson.