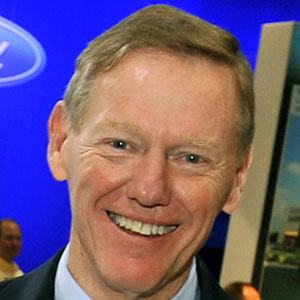 Businessman and engineer who served as the President and CEO of the Ford Motor Company from 2006 to 2014. Immediately after leaving the company, he was named to the Board of Directors at Google.

He was hired by Boeing shortly after graduating from the Sloan School of Management.

His parents are Charles R. Mulally and Lauraine Lizette Clark.

He succeeded William Ford Jr. as the CEO of the Ford Motor Company in September 2006.

Alan Mulally Is A Member Of