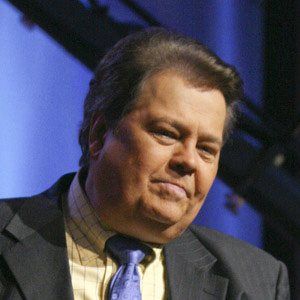 Leader of The Osmonds who kept the group together, managing their performances and finances for nearly four decades.

Starting with a performance on NBC's The Andy Williams Show and ABC's The Travels of Jaimie McPheeters, he and his siblings rose to national fame.

He dated Karen Carpenter, the lead singer of the Carpenters, and married Suzanne Pinegar, with whom he started The Osmonds: Second Generation. He has eight sons, David, Michael, Nathan, Alex, Scott, Tyler, Douglas, and Jon.

He and the rest of his siblings all studied karate under Chuck Norris.

Alan Osmond Is A Member Of