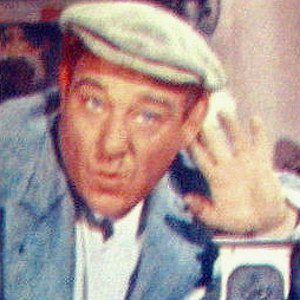 American actor whose biggest claim to fame was as the original voice of Fred Flintstone on six seasons of The Flintstones and its various spinoff series. He was also said to resemble Fred in real life.

He worked on stage and in radio as an announcer which included the radio programs Abie's Irish Rose, Fred Allen's NBC Radio Show, and later his own show called Falstaff's Fables.

He was married to Finnette Walker from 1932 until he passed away.

He played Mr. Swindler, a recurring character on the Mickey Rooney vehicle Mickey.

Alan Reed Is A Member Of