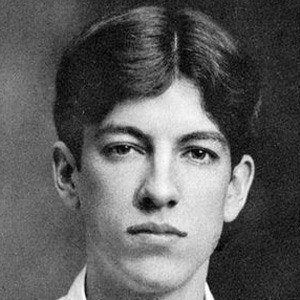 American poet who died in action during World War I and is best known for his poem "I Have a Rendezvous with Death." A posthumous collection of his complete poetic works was published in 1917.

He attended Harvard University, where he wrote for Harvard Monthly.

He and poet TS Eliot were classmates at Harvard.

He had a brother named Charles who was a musicologist and composer.

He was the uncle of folk singer Pete Seeger.

Alan Seeger Is A Member Of