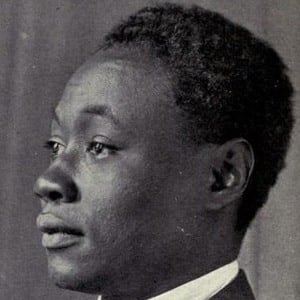 Jamaican-American poet and author associated with the Harlem Renaissance and known for such novels as Home to Harlem, Banana Bottom, and Banjo. His poetry collections include Songs of Jamaica and Constab Ballads.

He left his native Jamaica in 1912 to attend the Tuskegee Institute. He later transferred to Kansas State University.

He was active in communist circles during the first two decades of the twentieth century.

He was born in Clarendon, Jamaica. He married his longtime love, Eulalie Lewars, in 1914.

He was influenced by the work of W.E.B Dubois.

Claude McKay Is A Member Of