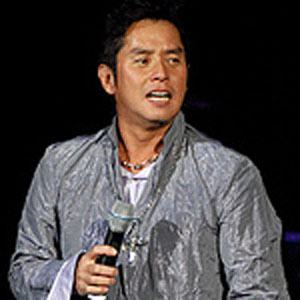 English pop singer who helped develop the Cantopop scene with The Wynners and by singing modern ballads.

He was raised by his father, football player Tam Kong-pak, who played for the Republic of China in the 1936 Summer Olympic Games.

His albums include The Best Sound Ever Reborn and Rolling Power.

He served on the HK committee with Jackie Chan after the 2008 Sichuan Earthquake.

Alan Tam Is A Member Of