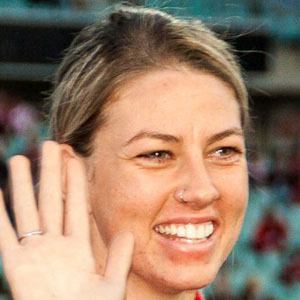 Midfielder who joined the Western Sydney Wanderers in 2013 after previously playing for thee Newcastle Jets and Sydney FC.

She made her senior career debut for Sydney FC in 2008, when she was only 13.

She joined the Australian Women's national team in 2012, at just 17.

In 2012, her Australian national team played a friendly against Hope Solo and the United States.

Alanna Kennedy Is A Member Of