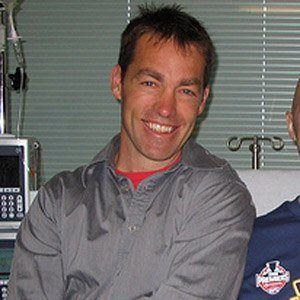 Former Australian rules footballer who scored 61 goals in 93 games for North Melbourne between 1987 and 1995; became the head coach of Hawthorn Football Club in 2005.

He scored the game-winning goal in the very first game of his senior career with North Melbourne in 1987.

He received a Master of Business Administration degree from Monash University.

He was born and raised in Victoria, Australia.

He coached Cameron Bruce on Hawthorn during the 2011-12 season.

Alastair Clarkson Is A Member Of