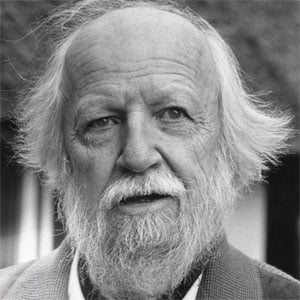 A British author, poet, and playwright, he is best remembered for his first novel, Lord of the Flies, which ranked third on the Times' 2008 list of the 50 Greatest British Writers since 1945. He was the 1983 recipient of the Nobel Prize in Literature.

He served in World War II and was involved in both the Royal Navy's pursuit of the Bismarck and in the D-Day invasion of Normandy. He published his famous debut novel, Lord of the Flies, in 1954.

His 1980 novel, Rites of Passage-- the first in the To the Ends of the Earth trilogy--earned him the 1980 Booker Prize for literature.

His wife, Ann Brookfield, was a chemist. Together, the couple had two children: Judith and David.

His well-known work, Lord of the Flies, was adapted into a 1963 film directed by Peter Brook.

William Golding Is A Member Of