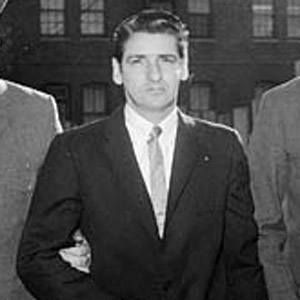 Serial rapist who confessed to being the Boston Strangler, a serial killer responsible for the murder of thirteen women in the Boston area. Though since his confession, there has been a dispute as to its complete authenticity.

In 1943, he was arrested for robbery and battery, which led to him being sent to the Lyman School for Boys. He went on to join the Army.

In 2013, DNA matches proved that he committed at least one of the Boston Strangler murders.

He was sentenced to life in prison in 1967. He escaped later that year, but turned himself in and was moved to the maximum security prison, Walpole. He was killed in prison in 1973.

Actor Tony Curtis played him in the 1968 film The Boston Strangler.

Albert DeSalvo Is A Member Of