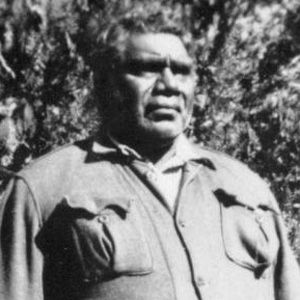 Aboriginal artist who pioneered contemporary Indigenous Australian art. He was well-known for his watercolors, which depicted the landscape of the Australian Outback.

He worked as a camel driver following being ostracized by his people. This afforded him the opportunity to see most of the Central Australian regions that would become the subject of many paintings.

His name was changed from Elea to Alber after his parents converted to Christianity. He was raised on a mission in Hermannsburg. He broke the law of his people by marrying his lover Rubina, who was a member of the "wrong skin group," defying the sensitivity of racial issues in the area.

He was awarded the Queen Elizabeth II Coronation Medal in 1953.

Albert Namatjira Is A Member Of