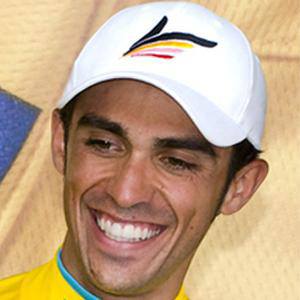 Madrid-born professional bicyclist, became one of only five athletes to complete all three Grand Tours: France, Spain and Italy.

He earned the nickname Pantani at age fifteen for his climbing prowess.

He started competitive cycling at age fourteen after being inspired by his brother.

He married Macarena Pescador in 2011.

Like Lance Armstrong, he was caught up in doping allegations among professional cyclists.

Alberto Contador Is A Member Of