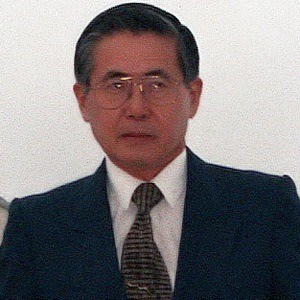 Controversial authoritarian leader who was the President of Peru from 1990 until 2000. He ended his tenure as President when he fled to Japan amid a corruption scandal.

He was raised in a Buddhist household and he holds dual Peruvian and Japanese citizenship.

He was sentenced to 25 years in prison in 2009 for human rights violations, which was the first time that an elected head of state has been extradited back to his home country, tried, and convicted of that crime.

His vacated Presidency was filled by Valentin Paniagua.

Alberto Fujimori Is A Member Of