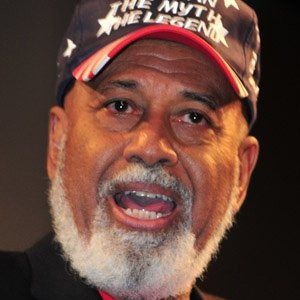 Politician and Democrat who became a member of the U.S. House of Representatives in 1993. He previously served as a Judge on the United States District Court for the Southern District of Florida from 1979 until he was impeached on charges of bribery and perjury in 1989.

He practiced as a lawyer in the 1960s until venturing into politics in 1970.

He is one of only eight federal officials in American history to be impeached and removed from office.

He did not remarry after divorcing his first wife.

Unlike Bill Clinton, he was found guilty in his impeachment.

Alcee L. Hastings Is A Member Of