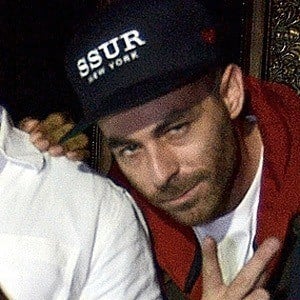 American producer and rapper who has produced beats for a number of hip-hop's biggest acts, including Action Bronson, Mac Miller and Danny Brown. He is also known for solo releases like 2009's Chemical Warfare and 2012's Russian Roulette.

He formed the hip-hop duo The Whooliganz with future actor Scott Caan in 1991.

In 2005, he suffered from broken ribs and a collapsed lung after his tour bus turned over.

His real name is Daniel Alan Maman. His father was an Israeli businessman.

Alchemist Is A Member Of