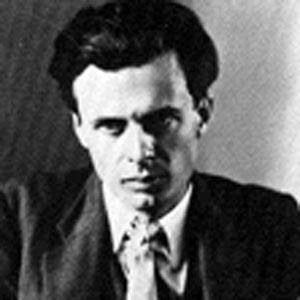 English author of the bleak, dystopian science fiction novel, Brave New World. His other literary works include Island, Point Counter Point, and The Doors of Perception.

He studied literature at Balliol College, Oxford. After finishing his education, he briefly taught French and subsequently worked at a chemical plant in Billingham.

He was interested in parapsychology and mysticism, and he frequently experimented with psychedelic drugs.

He once wrote a letter to George Orwell in which he praised Orwell's famous novel, 1984.

Aldous Huxley Is A Member Of