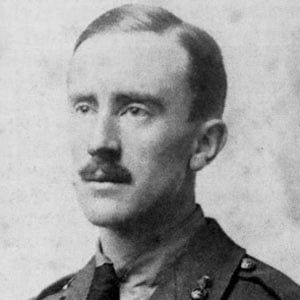 English author, poet, and professor who wrote The Hobbit and The Lord of the Rings trilogy. He was ranked by The Times, a London newspaper, as one of the 50 greatest English authors since 1945 and he is widely considered to be the father of the modern fantasy genre.

He began reading when he was just four years old and, in 1915, he graduated from Exeter College, Oxford, with honors. He subsequently served in the British Army during World War I and later accepted a professorship in Anglo-Saxon literature at Pembroke College, Oxford.

He cited Old English stories, including Beowulf, as inspiration for the legends of Middle-earth. He also served as a codebreaker during World War II.

He and his younger brother were born in South Africa to Mabel Suffield Tolkien and English banker Arthur Reuel Tolkien. J.R.R. Tolkien married Edith Mary Bratt in 1916, and she became the inspiration for several of his fantasy characters, most notably Arwen Evenstar and Luthien Tinuviel. He had three sons, Christopher, Michael, and John, and a daughter, Priscilla.

He was close friends with the author C.S. Lewis; they were both members of a literary group called the Inklings.

J.R.R. Tolkien Is A Member Of