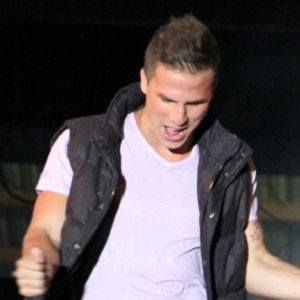 Singer whose video for the song "Ready To Go (Remix)" went viral, achieving upwards of 17 million views by August 2015.

His passion for music began in 2007 when he sang for his family at Christmas time.

He released his album Sueño = Realidad or Dream = Reality in May 2013.

He was born Alejandro Mendoza Castillo in Guatemala City, Guatemala. His brother Diego has written several songs for him.

He and Soluna Samay are both singers from Guatemala.

Ale Mendoza Is A Member Of