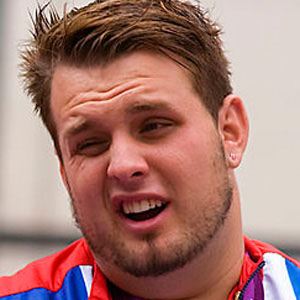 Paralympic athlete who won two medals at his first Paralympics in 2012: gold in the discus and bronze in the shot put.

He was born with hemimelia in his right leg, but never let it slow down his athletic passion.

At the 2013 IPC World Championships he won gold medals in both the shot put and the discus.

He was born in Bridgend, Wales.

In 2013 he was one of five nominees for BBC Wales Sports Personality of the Year, which was ultimately won by Leigh Halfpenny.

Aled Davies Is A Member Of