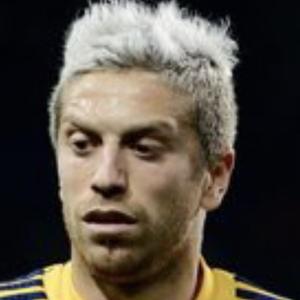 Argentinian soccer star, also known as Papu, who has competed as a forward, winger and attacking midfielder. After signing with Atalanta in 2014, he became their team captain while simultaneously playing for Argentina's national squad.

He began his youth soccer career with Arsenal de Sarandí in 2003.

He and his wife have a daughter and a son.

Alejandro Darío Gómez Is A Member Of