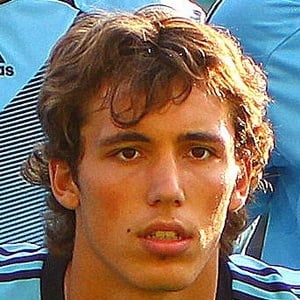 Spanish left back who signed with Portuguese club S.L. Benfica of the Primeira Liga in 2016. He previously played for Barcelona's reserve B squad between 2011-2015, where he netted his first professional goal in September 2014.

He joined Barcelona's youth system in 2008. He made his debut for the B-team in the Segunda Division in 2011.

He became the youngest player to ever appear in a Segunda Division game upon his debut for Barcelona's B-team in 2011. He was part of Spain's U-19 club that won the UEFA U-19 World Championship in 2012.

He was originally born and raised in Valencia, Spain.

He has played defense for Benfica alongside Lisandro Lopez.

Alejandro Grimaldo Is A Member Of